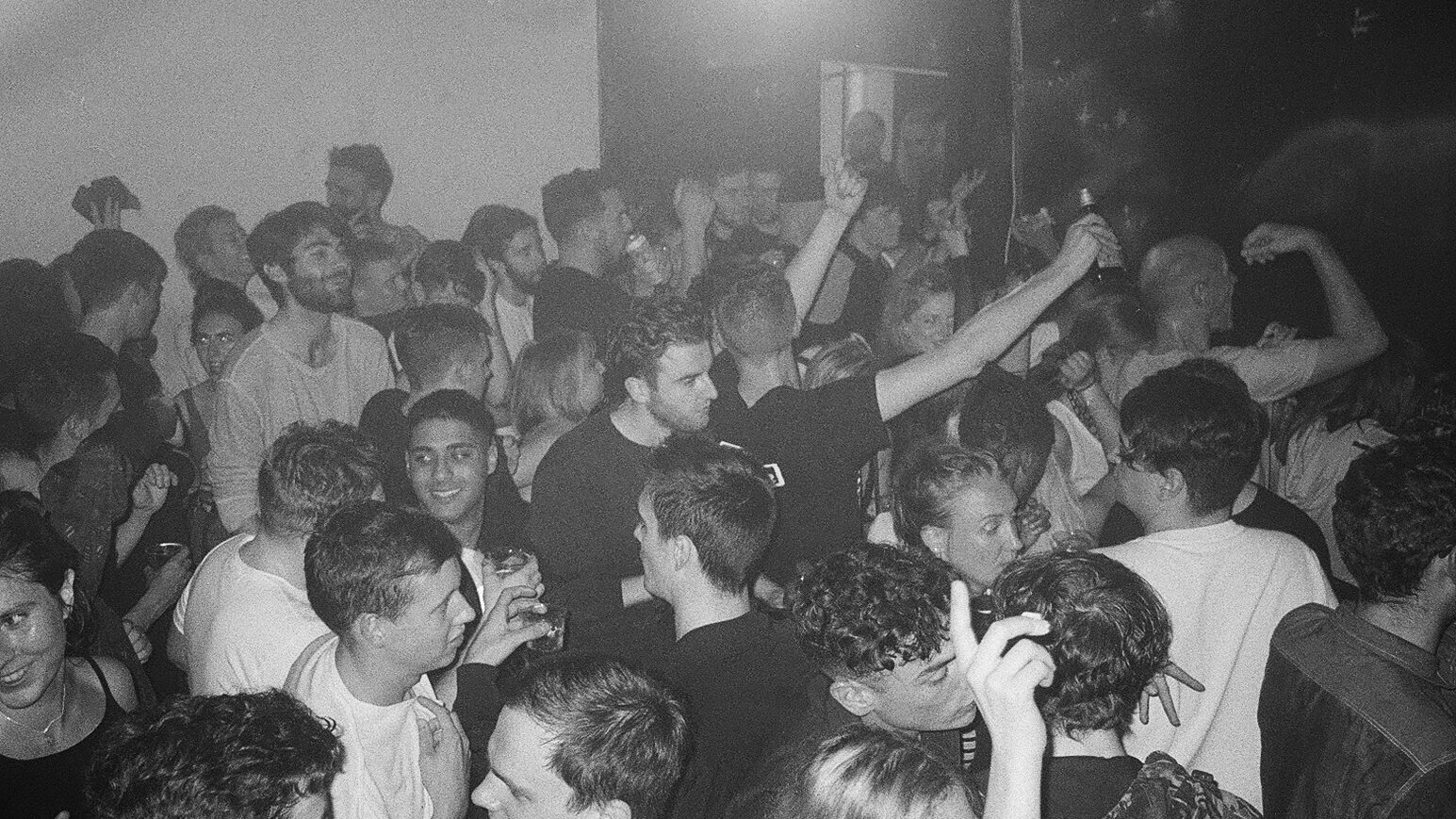 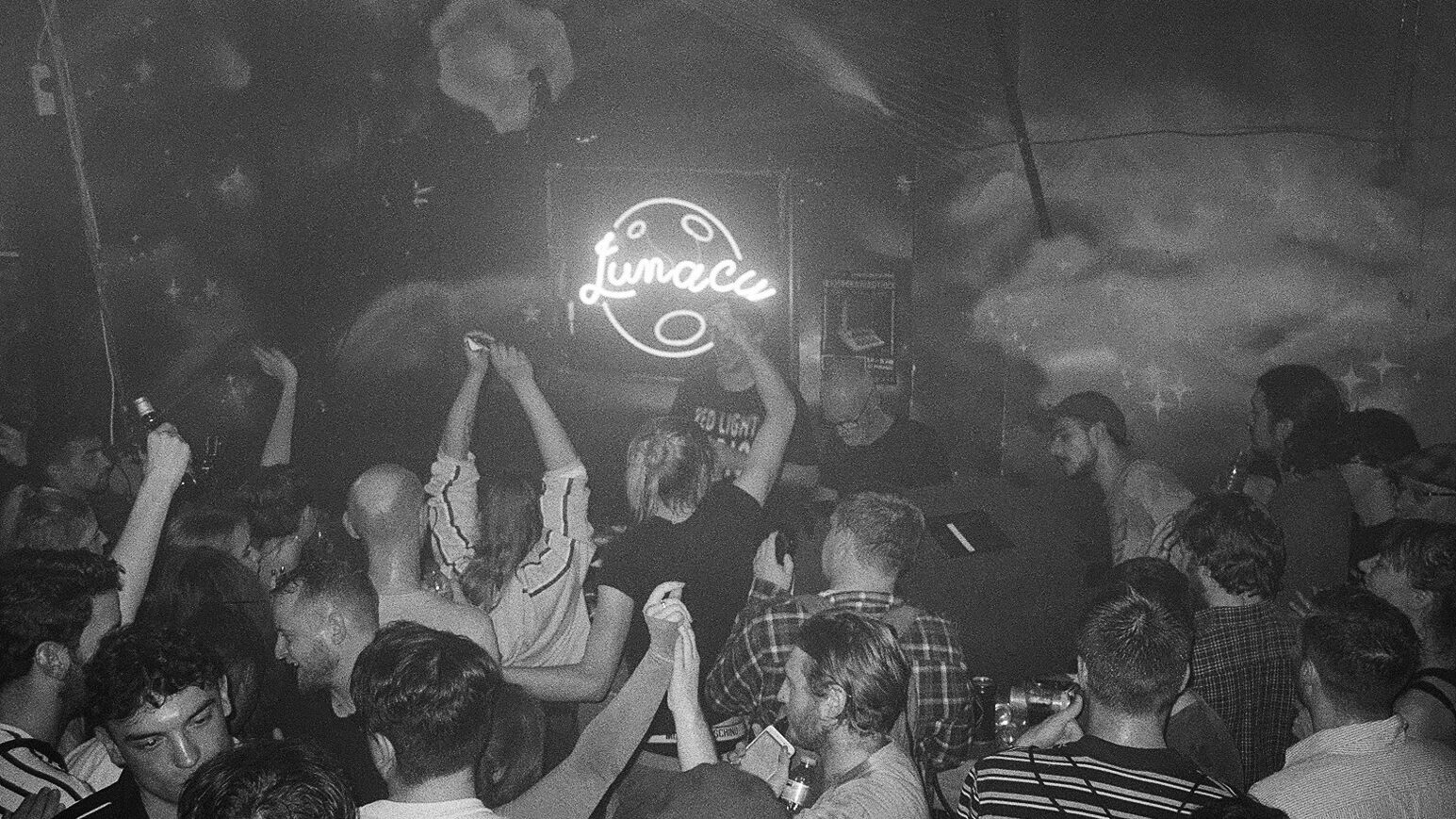 Now Then, Now Then:

From the deep underground to the world beyond: Lunacy. Strictly unostentatious in nature, this a crew of original party people  – the beating heart of West Coast Scottish counter-culture – who are in it for, well, let’s not beat around the bush, the love of it. Throwing seminal, warehouse afters, Lunacy has remained an omnipresent institution: providing an after-hours space for international DJs to grace the 1’s & 2’s, a platform for Glasgow’s seemingly endless coffer of underground selectors, and most importantly a dancefloor containing some of the cities most colorful characters. Listen up folks, this is an unofficial history of a collective that has shaped the cultural landscape of post-industrial Glasgow – bringing people together, making itself something apart.

Build it and they will come: by hook or by crook (but mostly taxi), the kindred spirits who knew indeed that there was something more in this beautiful landscape came – hello old & future friends, see you soon. Not to mention some not too shabby worldwide artists: Schwelfelgelb, Tako, Mark du Mosch, Andi Harriman, Alexander Robotnik and Blackmoon77. Both cause and effect, Lunacy has become something of a sonic percolator in the age of oversaturation – a hotbed of underground oddities from after-party Italo and minimal wave to Belgian new beat, electro, and everything in between. In essence: the scene is there if you care. Over the last 10 years through fabled parties of various embodiments – the space officially in the hands of Lunacy for 6 of those, after morphing out of the original Unit crew – a community has fostered with ex-ravers, outcasts, weirdos, and first-timers coming together to create an authentic sense of place in their two-storey warehouse Lunacy Module.

Outside of the warehouse, the art of cultivation has gone further, having worked extensively in producing and programming festival stages outside the city,  at the Project A-Frame festival 2016 and at Kelburn Garden Party in the 2017 Psychedelic Forest Disco. Outside of the ol’ physical form, Lunacy has something of a cult platform on that world wide web working with international artists and labels through events, premieres, visual art, and a mix series.

Whilst being a long-standing afters spot and a production studio, 38 Gower Street is the birthplace of Lunacy Rolling Papers. An incredible piece of high-quality kit, uniquely designed for tobacco purists and spliffheads alike, the papers are a result of a creative process and endless reiterations. True to experimental form the team has weeded out common user issues, concurrently adding inventory features: a wind-resistant magnetically sealed rolling tray solves a dexterity and handling problem that many smokers have, as well as creating a unified all-in-one package that’s portable, easy to use and efficient.

Beautifully packaged with a design from local artist Spencer Stearns, the papers are an aesthetic reflection – made with love for all the chillers in the nation, and the international relaxers across the globe. Much more than that they are a nostalgic ode to the underground and an invitation to come and join the party. It is out there if you look hard enough.

Welcome to the Phuture.

Write up by Jack Anderson